PACLIM 2015 is in progress at Asilomar, California! Over 100 scientists from around western North America have congregated at this biennial meeting to present and discuss their latest ideas and preliminary results on research related to past and modern climate in the eastern Pacific. This year’s focus is on drought, and the role of instrumentation and modeling in evaluating drought mechanisms for predictive purposes. In case you are in the midwest or on the east coast and wish you could get some warm temps, be aware that this record-setting warm/dry year on the west coast literally has water managers up a creek with no paddle. It’s not like scientists can wave their arms and fix the issue, but at least there is some fruitful discussion to be had on ways to monitor and predict conditions that lead to this scenario.

The conference kicked off with talks by Regional Climatologist Kelly Redmond and California Department of Water Resources’ Maury Roos describing the current state of the water year. Given antecedent conditions and elevated temperatures, this is shaping up to be an historic drought for California. Reservoir levels, soil moisture, and groundwater resources were already significantly depleted from 2013-2014 dry conditions, and current (March 1) snowpack conditions are at the moment at an all-time low in many places on the Sierra crest.

California’s weather and storm monitoring efforts are definitely getting a boost in attention and technology with this downturn in water supply. Particular focus is being given to new instruments and methods to monitor “atmospheric rivers” and potential snow levels in the mountains.

Talks followed by Standford researcher Daniel Swain (@Weather_West) on the Ridiculously Resilient Ridge, Michael Anderson from the California State Climate Office, Ben Cook (@DustyBowl) from the NASA Goddard Institute for Space Studies on future megadroughts, and Cathy Whitlock from Montana State University on forest resilience in Yellowstone. Erika Wise (@WiseClimate) from Chapel Hill discussed the role of dipole-effects and ridging in drought scenarios, followed by Steph McAfee from the University of Nevada on the questionable role of the Pacific Decadal Oscillation (PDO) in drought.

The afternoon on the first day saw a special session on modeling and reconstructions, including my talk on monitoring temperature and snow presence on sites used for tree-ring reconstructions of drought. All in all a great day of science, forward thinking, and healthy questioning of existing methods.

Do you know any of the scientists in the 2015 group photo below? Tweet #PACLIM2015 and tell everyone you’ll be here for PACLIM 2017! 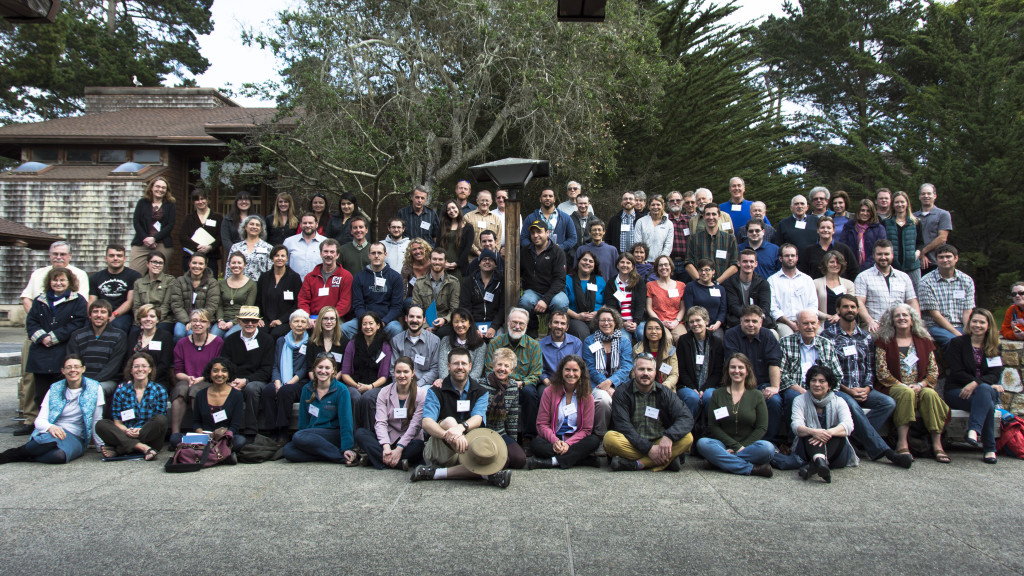